Retiring in Cebu Philippines – laid back lifestyle and tropical weather

What would it be like retiring in Cebu? These were my thoughts as plane's wheels shuddered down onto the runway … a better than normal landing on Mactan island!

We lived in Cebu for nearly three and a half years. What was the experience really like?

Initially I was on a two-year contract which had later been extended. The work had been interesting but in three months it would be all over.

During our time here my working life was centred in a PEZA (Philippines Economic Zone Authority) zone which is not the “normal” type of area in the Philippines. It is organised, clean and in many ways first world. Over the years we had lived in two subdivisions - one on Mactan and the other in Mandaue. Both were secure and the accommodation and environments were more than acceptable.

Was I glad to be leaving? In some ways no and in other ways yes.

The no’s include the people that I've met and worked with. The pleasure I’ve had being a mentor, guide or colleague at work. And in the social hours the expat friends and locals that we have enjoyed many hours (and glasses of wine) with.

Added to the natural beauty, tranquillity and accessibility of the many nearby islands. The island hopping bangka trips. The ever-present banka (sometimes banca or pump-boat) is a canoe with outriggers for stability) and used as a ferry, for fishing and leisure. They vary significantly in size, function and luxury. 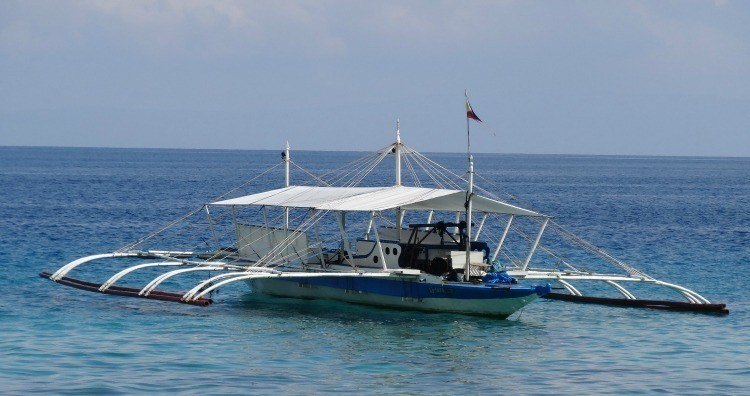 The islands and banka's make for the ideal diving and snorkelling and lazing around the well-appointed island resorts.

On the other hand, the number one yes for me is the year round hot and humid weather, day and night… it’s relentless, oppressing and very tiring. The next yes would be the remorseless mosquitoes. Unfortunately I'm one of those people that mosquito's love and not a day went by that they wouldn't get their fill of my blood.

Added to those yesses are the log jammed traffic in Cebu city. And finally the scourge of most Third World countries, being the corruption, and bureaucracy. We overcame the traffic problem by employing a full time driver and fortunately had an extremely efficient HR person who managed the bureaucracy!

Where and What is Cebu?

This is not always clear as the one name represents 4 totally separate entities.

The local people are delightful. Very welcoming, willing, friendly and compliant. Always smiling and optimistic. Despite being poor they are very generous in offering one a meal or assistance.

It’s a country with great unrealised potential. A “servant” nation with many people working as overseas foreign workers (OFW’s). Working all over the world. In the United States, the United Arab Emirates, Saudi Arabia, on cruise liners, merchant vessels as nurses, as domestic helpers, merchant seamen, beauticians or shop assistants.

I compare this with the Chinese. They are also all over the world but when they arrive in a new country they start a business. A very different mentality and outcome. Many of the richest Filipinos are Chinese Filipinos. Somehow this entrepreneurial spirit has not transferred into the general population.

I wonder whether this is the education system or dogma?

The weather - hot and humid

Resulting in hot, oppressive conditions all year round. Loved by some and tolerated by others with the use of fans and air-conditioning.

The Philippines is hit by many typhoons throughout the year with the worse hit areas to the north Cebu. However Cebu gets its fair share and these are accompanied by high winds and bucketing rain. With this rain comes the inevitable flooding.

The mosquitos are another story.

Dengue, chikungunya and Zika fever are spread by an Aedes type mosquito. They are mean little creatures who like to live indoors and bite during day break and early evening … as well as any other time they have an opportunity.

If you’re a “mosquito magnet” you’ll be paranoiac about closing doors and blinds and become immune to the smell of all varieties of Baygon spray. Dengue is endemic and although you may not be bitten very often the dengue may still get you.

Another negative is the dirt and garbage. Metro Cebu is dusty. Add the humidity to the dust. Plus, the diesel exhaust fumes from the thousands of jeepneys and cheap Chinese motorbikes. Mix this with the tyre remnants (ground away by the abrasive concrete roads). The combination is a black grime.

Every morning you will see cleaners brushing away the dirt from the previous day and by the end of the day it’s back again!

Garbage is strewn along sections of the road. Scattered around by the groups of scavenging dogs. Partially collected but never really clean.

Jogging around Mandaue in the early morning one of my hazards was dog poop. Dropped on the road after their early morning ablutions. Identified only as a dark patch on the road they’re difficult to see after it's been raining!

The storm water drains are another disaster as they are totally inadequate. Cebu city has over 120 flood zones so whenever there’s a heavy downpour there is flooding. There have been a number of times when our subdivision has been inaccessible as water flowing over the road was more than a metre deep.

Corruption in the Philippines is endemic. With their over 2,000 inhabited islands and various levels of government and bureaucracy. The cities and towns are further fragmented into 42,000 barangays (sort of tiny to very tiny municipalities) so realistically it is impossible to eliminate.

Before going to the Philippines I never realised that roosters crow all day! And that they live everywhere. Next door to our sub division sounded like a rooster farm. After many sleepless hours you’ll recognise that the crowing is varied. Their piercing cockle-doodle-doo’s ranging from a full throated Pavarotti crow to a pathetic warbling gurgle.

I don’t know what the crowing means or whether my observations are correct. As I’ve listened to the crowing through many sleepless hours at night it seems to be done in groups of three. You’ll hear the first one close by, the next further away and the last one a feint sound in the distance and then back to the start. Each session going on for about 10 minutes.

Filipinos are passionate about “cock fighting” and I’ve been told they care more about their roosters than they do about their wives!

Life in the city is noisy. From the whir of fans to the hum of air conditioners, the exhaust popping and growling of the tricycles and jeepneys all adding to the never ending cacophony.

In a Waze (popular traffic app) survey Cebu was voted the worst place in the world to drive. For that reason, I drove myself to work at 6am and had our driver collect me from work at 4pm. During the rush hours, the few hours around 8am and 6pm, it is chaotic. Jeepneys, tricycles and cars squash together in an attempt to make progress. Many traffic lights don’t work … on Mactan island none worked for the 3 years I was there. And I was told that some haven’t for 20 years!!

Roadworks are never ending. Characterised by poor planning. Hordes of people doing everything manually. The very poor quality (partly as a consequence of the corruption) ensures that this will be a endless exercise.

In many “places to retire” articles you’ll read that Cebu is a cheap place to retire. That depends on your definition of Cebu and your understanding of “cheap.”

If you want a reasonable Western lifestyle the city of Cebu is relatively cheap. For example, for my wife and I the following were our estimated expenses:

There are about P50 to the USD. So monthly expenses of about $2 500 per month. Living comfortably but not extravagantly.

In addition, there may be extra expenses for any staff. There are inadequate state medical facilities and as most people live from hand to mouth, week to week they have no funds for unforeseen circumstances.

When emergencies occur their only options are loan sharks or a loan from the employer. Loan sharks charge exorbitant rates of interest. Unfortunately despite the costs a vast number of people are indebted to them.

One often hears or reads that it is dangerous in the Philippines.

However, I never experienced any incidents which would make me believe this. Coming from South Africa, where one is constantly vigilant … the areas of the Philippines we visited were safe.

There is no doubt that there is petty crime and there are areas in which one must be careful. My wife had her purse taken out of her bag while on a jeepney journey. After taking the cash the pickpocket left her wallet behind a pillar in a shopping mall. The next day we were contacted by a friend in South Africa letting us know where we could collect the purse. Their email address was on a piece of paper and the mall security had sent them an email.

There are areas in the very south of Mindanao where the Abu Sayaf operate. It is not advisable for foreigners to go to these areas for extended periods as they may become targets for kidnapping.

live in cebu, retire in cebu