Retire to Malaysia and settle in Kuala Lumpur. The city that was the first stop in our yearlong round the world trip.

We were fortunate that we could ease into the trip slowly. For the first week we stayed with relatives of Roger, our travelling companion. Out of the main city in Petaling Jaya.

Being outside KL was no problem as the recently completed MRT railway was convenient and cheap.

Actually very cheap … as the promotional fares were half price until the day we left! However, they will still be very reasonable with the total cost if you travelled from end to end being about MR10 (USD2.35).

This line connects to both the subway and monorail systems. So getting around is very easy.

In addition, Kuala Lumpur has a free bus - GOKL City Bus. With 4 routes serving the main attractions of the city. It appears that locals also find this a very convenient way to move around the city!

We ate at a number of local and street food outlets. There is a wide choice of restaurants and even a wider selection of dishes.
There are many vegetarian options that are delicious.
One drink that I really enjoyed was iced tea with lemon … although I think that the “lemon” is more often limes or “calamansi”. 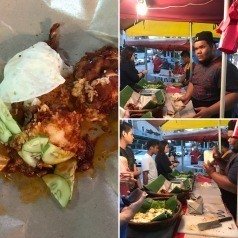 My favourite Malayan dish was a deep fried barbecue chicken - Nasi Lemak. Smothered in a delicious combination of spices we ate this at a street stall served by a massive Fijian looking cook. The dish includes fried chicken, rice, chopped cucumbers and a few peanuts. All skilfully wrapped in a piece of paper which opened out as a plate.

Based on the TripAdvisor reviews we decided against the KL Hop on Hop off bus and decided to find our own way around. Our use of Google maps was in its infancy. But with a few lessons (long walks!) along the way we found places quite easily.

Bordering on the very upmarket KLCC shopping mall are the iconic Petronas Towers. Although they are no longer the tallest buildings in the world as twins they have a special character. In this area there is also a peaceful and attractive garden and pool.

The pool used by children to cool off from the hot, sweaty weather.

Getting off at the Muzium Negara station we made our way to the bird park.

It is the world’s largest under cover bird park. Featuring a wide variety of colourful birds, it was possible to hold and feed them … much to the delight of the children ... and a number of adults!!

Next to the Bird Park is a tranquil and large park with a variety of orchids and hibiscus. 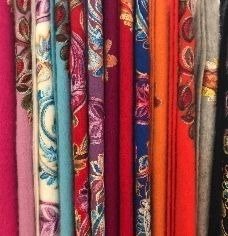 This market features a wide variety of impressive Malaysian craft items. Garments made of cashmere and silk in a range of vivid colours. Pewter and silver swords. Intricately carved wooden gift boxes.

The most interesting shop was a Chinese medicine shop with a resident doctor. I was astounded to see a box of ginseng for sale for 6 500 Ringit (or over USD1 500!!). Must have magical powers at that price!!

Like all of equatorial SE Asia the weather is generally hot and humid. During the time we were there days were partly cloudy. The partial clouds being a welcome relief from the sun.

We also experienced a magnificent afternoon tropical thundershower where the rain came bucketing down, accompanied by crashing thunder and lightning.

Retire to Malaysia and enjoy the low cost of living. While we were there we ate a combination of home prepared meals and street food.

The apartment where we stayed was on the 18th floor of an apartment block. It had two bedrooms and bathrooms with a small bedroom off the kitchen and an open plan lounge / dining room. The rent for the unit was MYR3 000 (USD700) a month.

Malaysia is predominantly a Muslim country. With the largest Sharia finance center in the world.

They are considerate of older people. For example younger ... and sometimes older ... people will offer up their seat on the train.

It is cosmopolitan with influences from all of Asia - Chinese, Indian, Indigenous.