Pingyao is a bit of charm in China

Step back in time and enjoy the charm and history with a visit to the ancient walled city of Pingyao China. With ​​its still intact 10 metre high wall of nearly 7 kilometres and moat surrounding the old town. ​

Over our 3 days here we wandered through the city with odd forays out to the "new" city to try and buy a SIM card.The new part is like most Chinese new cities ... characterless, dirty, dusty and crowded.

​The SIM card ​expedition was absolutely fruitless at both China Mobile and China Unicom. So it seems that there may be different rules for foreigners in different areas. Or at least there is different interpretation and here the answer was “no”.

There are many museums and temples and we spent many a tiring hour trudging through them. Unless one has a knowledge of Chinese history a lot of meaning is lost. The names of emperors are similar, all ​ had many wives, many concubines and many came to ignominious ends. Many of the notices and exhibits have descriptions in Chinese or, at best, translations done by some very dubious ​ translators​ ... automated or human?

The temples are peaceful refuges but like all attractions have ​some commercial angle. Throughout there are strategically placed shops selling low quality, overpriced trinkets and mementoes.

Apart from the major attractions, like the Forbidden City in Beijing and the Terracotta Army in Xian, tourism in China does not really cater for non-Chinese speakers. With the only solution being an expensive personal guide. Signs may be in English but they can take some to work out!

One attraction I enjoyed was the Escort Museum. The history and exhibits of the original armed security personnel who accompanied riches being transported from area to area. While in many ways things have changed, in many ways nothing has changed - except the technology! 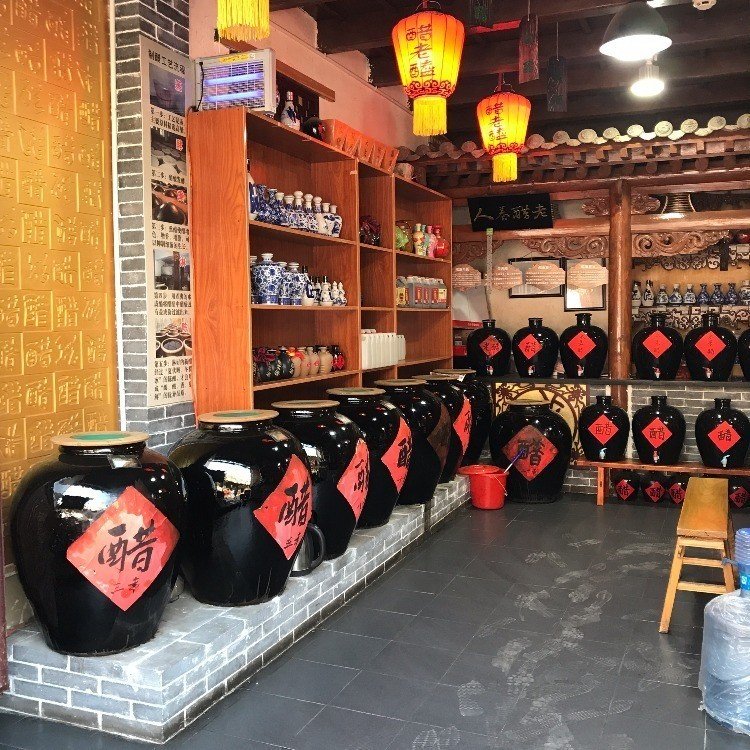 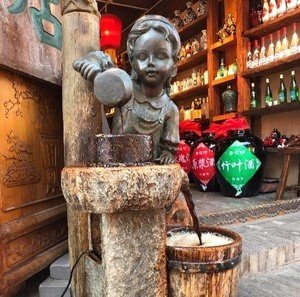 Pingyao is famous for its vinegar which can be seen bubbling out of many varied fountains. Shop after shop has large vats of this vinegar which is also a main ingredient of a popular dish in the region ... Pingyao Wantuo which is made from coarse grated noodles and the sauce with this vinegar.

There are also museums of commerce and banking which are interesting.

Pingyao (like many of the cities we visited) has a large and imposing railway station. Like many others it's a bit tatty and poorly maintained ...  also quite deserted.

Pingyao reflects the China of old butted up right next to the new China. The old with charm and humanity ... the new crass brashness. I know which I prefer.